This means we are followers of the Lord Jesus Christ. We practice what Jesus teaches in the Bible: being courteous to our customers, dealing honestly and forthrightly with people, doing to them as we would have them do to us, doing quality work, practicing jobsite safety, and sharing the love of Christ and the gospel with all who will listen. You are invited to come to our Fellowship and learn the gospel and the wonderful promises from God to all who will come humbly and with repentant hearts to the Son of God.

xxxxxD & S stands for Doug and Steve. Doug and Steve began their contracting in 1974 in Brooklyn Park, Minnesota. Their first job was hanging some wood shutters in Brooklyn Center. They progressed to moving walls and finishing basements and even framed a dome house in Somerset, Wisconsin in the late 70's. At some point they started using the name "Morning Star Builders".
xxxxxBoth attended Winona State University in Winona, Minnesota, majoring in Industrial Education. Both graduated with Bachelor of Science - Industrial Education degrees. Steve married his sweetheart, Cynthia, after graduation and then taught a couple years of Junior high school in Minnesota and then in Killeen, Texas. Doug continued in the contracting business.
xxxxxIn 1984 both moved to Kentucky. Steve continued his education at Asbury Seminary and Doug continued contracting in Nicholasville and Lexington. During this time they came up with their current business name and the slogan of "for courtesy and quality". This saying exemplified their manner of customer relations and style of work.
xxxxxSteve worked with Doug during those years and they even built a spec home in Wilmore one winter. They had a two year warranty on the home and never got a call. Steve went "full time" into the ministry after graduation, but continued to help Doug on various projects to help make ends meet with his growing family, even traveling from out of state on several projects.
xxxxxRev. Steve and family moved back to Wilmore for several years and Steve built another addition on his 80 year old house. Steve and family moved back to Minnesota in 2005 as Rev. Steve took an interim pastor position. Later, Steve and family moved to Wisconsin and he is now pastor of United in Christ Fellowship. Doug lived and worked in Lexington, Kentucky and the surrounding area for almost 30 years. Doug and his wife recently moved to Rice Lake, Wisconsin. Doug is the sole owner of D and S Construction, and Steve is the full time pastor of United in Christ Fellowship in Rice Lake. Steve still works with Doug. Steve is still Doug's good friend and pastor. 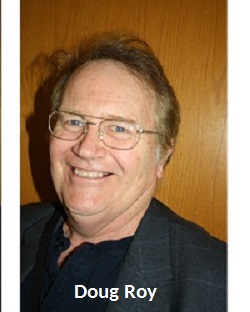 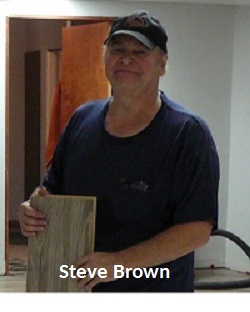 Simply ask Doug and he'll provide you with a certificate of insurance.

Click on icons below for D and S info on these sites.